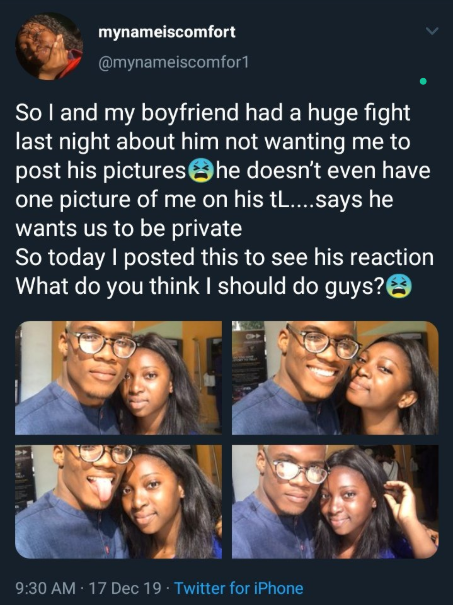 Twitter users are having a laugh after a lady shared photos to flaunt her boyfriend but he promptly denied her.

The woman shared photos she took with a man and introduced him as her boyfriend. She added in the caption that she had a huge fight with her boyfriend because he doesn't want her posting his pictures.

After sharing the photos, the "boyfriend" tweeted: "I don't have a girlfriend o."

He went on to share photos of just him and wrote: "Having friends that take nice pictures of you is very important, that being said I have none." 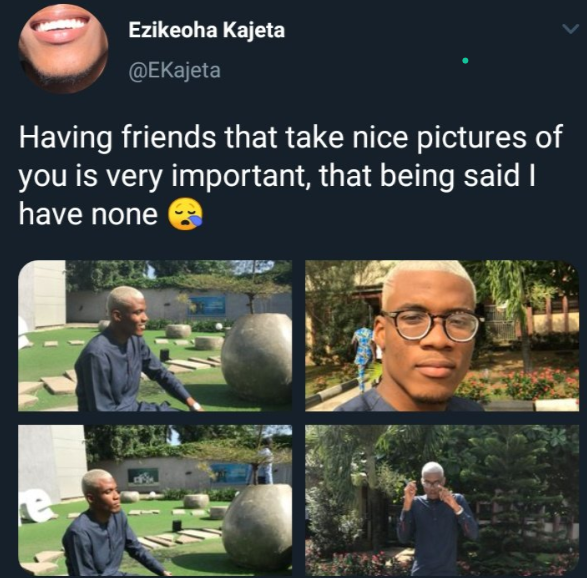 at December 20, 2019
Email ThisBlogThis!Share to TwitterShare to FacebookShare to Pinterest