Lady walks in on her boyfriend having sex with his ex-girlfriend, the next thing she did was crazy (videos) 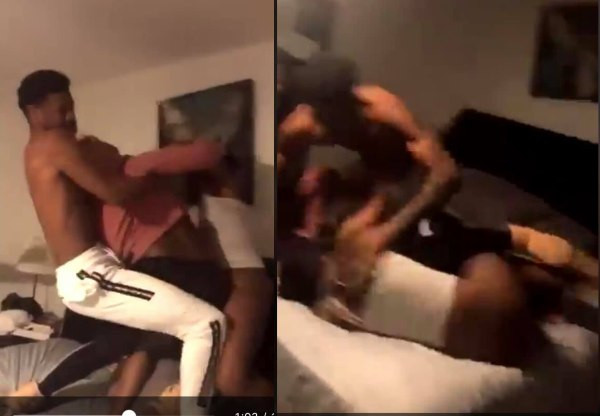 A video that has gone viral on social media captured the moment a lady who walked in on her boyfriend having sex with his ex-girlfriend, engaged them in a fight.

Friends of the lady's boyfriend first confirmed that he hooked up with his ex-girlfriend as they were heard telling the main chick about the hook-up before she went upstairs.

Eyewitnesses alleged that the boy's mother knew that her son was cheating on his girlfriend with his ex-girlfriend identified as Kayla but didn't want to get involved. Things however went south in the incident which occurred in Atlanta, United States.

Here is the video and an eyewitness account below;

This girl done walked in on her bf having sex with another girl?? pic.twitter.com/ZZwlCbKM7m
— Omerettà The Great (@omeretta4l) November 15, 2019

Moral of the story this nigga ain’t shit???? and yes this is Atlanta pic.twitter.com/kK4PoUYoKQ
— Omerettà The Great (@omeretta4l) November 15, 2019 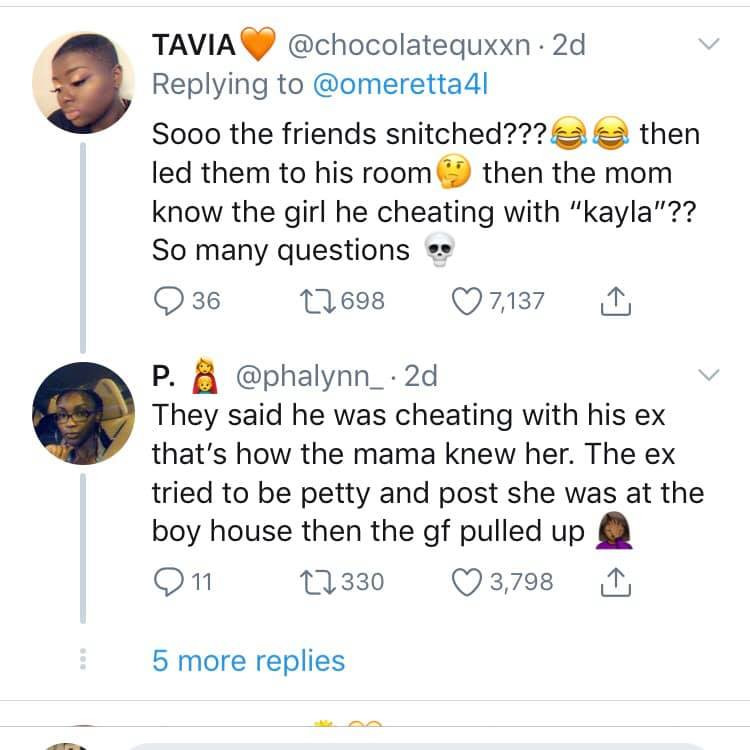 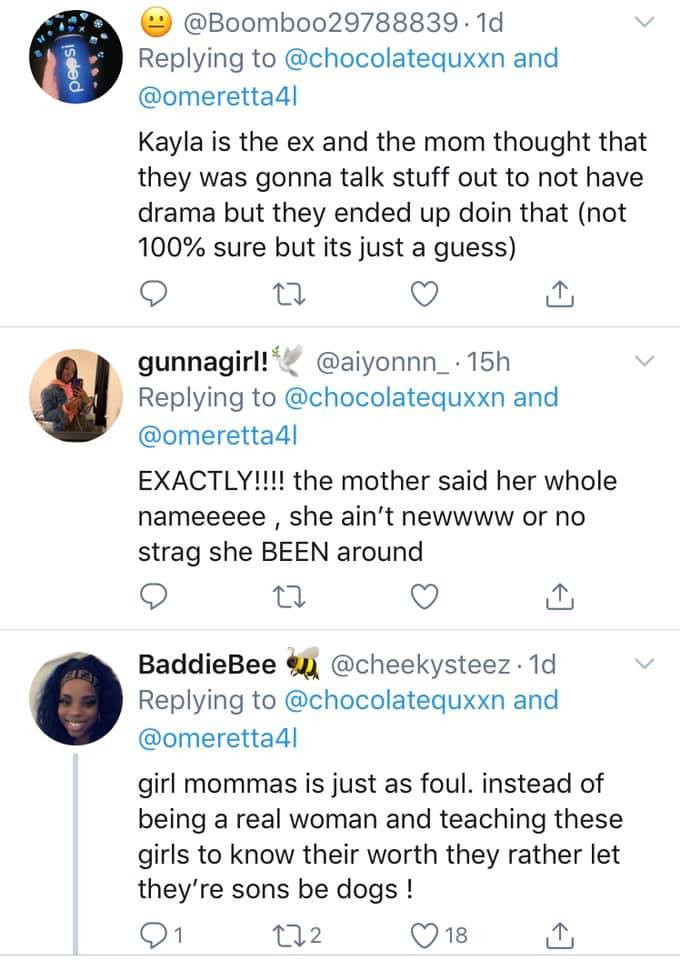