Jet Li arrives in Ghana for a business meeting 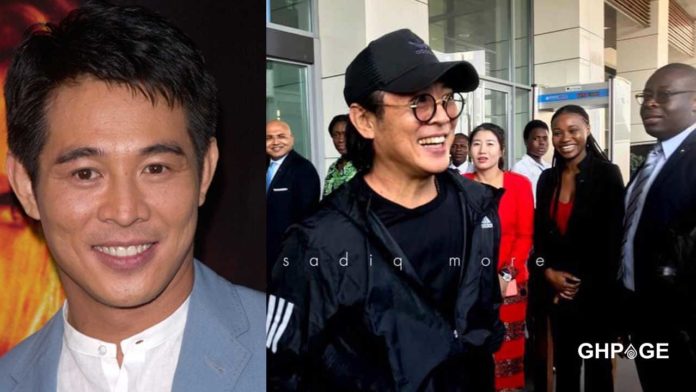 - Advertisement -
Chinese and Hollywood actor Jet Li has touched down in Ghana with business mogul Jack Ma who is the former executive chairman for Alibaba.
Jack Ma who is also the co-founder of Alibaba Group, a multinational technology conglomerate are currently in Ghana for a business meeting and he reportedly came with Jet Li.
The legendary Chinese actor was sighted at the Kempiski hotel and from what we saw from the photo he was very excited to have a feel of the Ghanaian atmosphere.
- Advertisement -
See photo below:
Li Lianjie better known by his stage name Jet Li, is a Chinese film actor, film producer, martial artist, and retired Wushu champion who was born in Beijing. He is a naturalized Singaporean citizen.
at November 16, 2019
Email ThisBlogThis!Share to TwitterShare to FacebookShare to Pinterest
Labels: Celebratity Gist