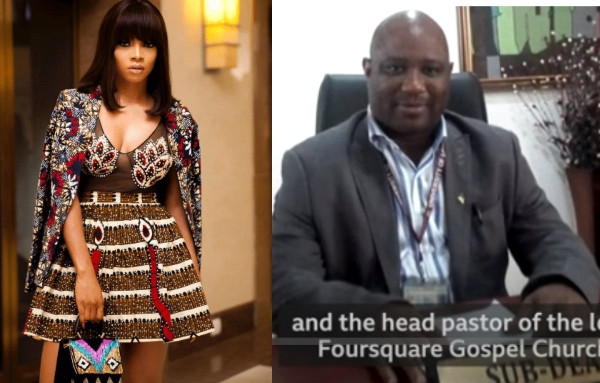 Toke Makinwa has reacted to the unconfirmed report of suspended University of Lagos (UNILAG) lecturer, Dr. Boniface Ighenehue nearly committing suicide after BBC aired the #sexforgrades documentary which he featured prominently in.

There are unconfirmed reports of the randy lecturer being admitted at Reddington Hospital in Lagos after a near-suicide attempt last night. 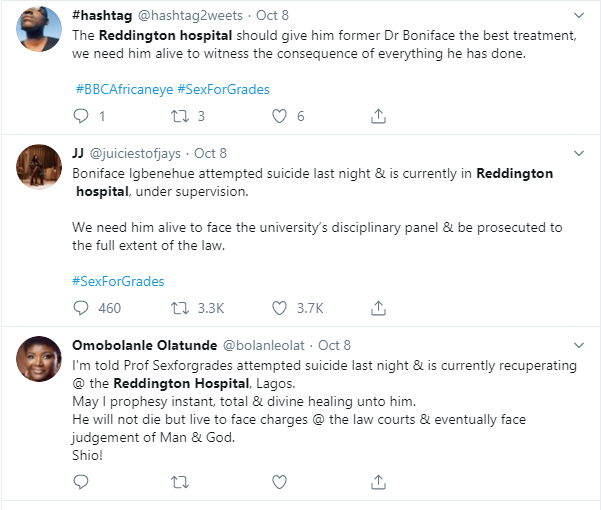 Reacting to the near-suicide report, Toke Makinwa expressed sympathy for female students who have gone into depression because a lecturer refused to let them go until they traded their bodies for grades. The media personality added that Dr. Ighenehue is a coward for nearly committing suicide over the documentary she said broke her.

#Sexforgrades. Even if it has never happened to you I am most certainly sure you know someone who has had to endure unnecessary pressure, sexual advances, harassment and all sort of despicable utterances from these beasts called “lecturers”. What a time to be alive, what a time to join the conversation. My heart deeply goes out to all the females out there who have gone into depression because one lecturer refused to let them go until they traded their bodies for grades, some have committed suicide, some dropped out, until you’ve had to endure it, you honestly do not want to imagine how frustrating it can be.
Lecturers purposely holding on to your result, asking you to show them your breast, touch them and make them feel good or else you won’t pass the course. Watching that documentary broke me, I couldn’t but imagine the women in his church he must have also used his position of power to intimidate too. Like how can you call the name of God so carelessly? Now I hear he attempted suicide yesterday, what a coward. You cannot die, uncle, you must face the hand of the law.
Do you know how many girls have jumped off a building or drank poison all because they did sleep with said lecturers and still didn’t get the grades cos said lecturer wants to keep having his way with them? Did you think of your own wife? Kids? Family before you put another human being thru hell? He must live and answer the law, other lecturers must be named and shamed too. Pls let’s all come together to use our voice and force the ministry of education to act now, name and Shane them, jail them, this conversation must continue till they hear us. 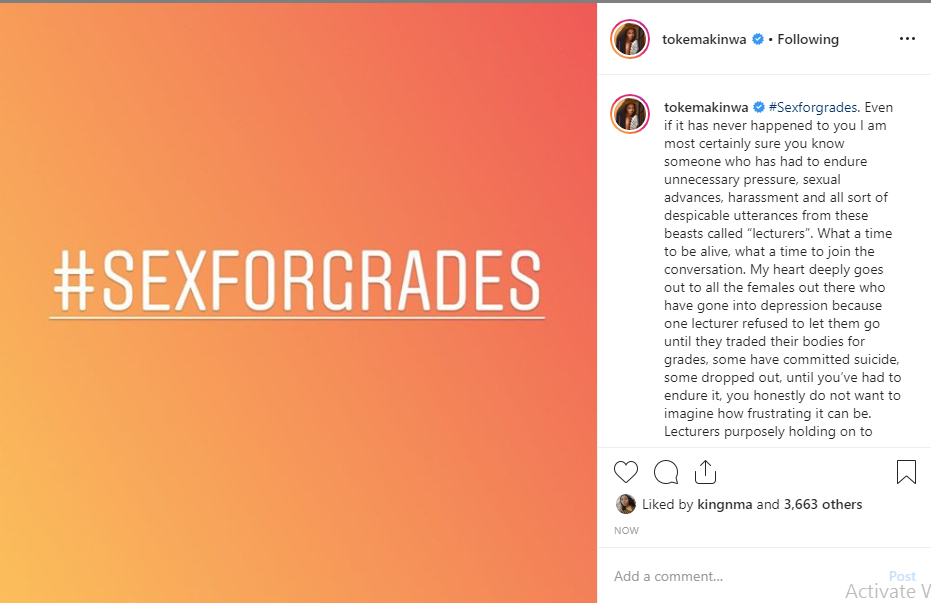