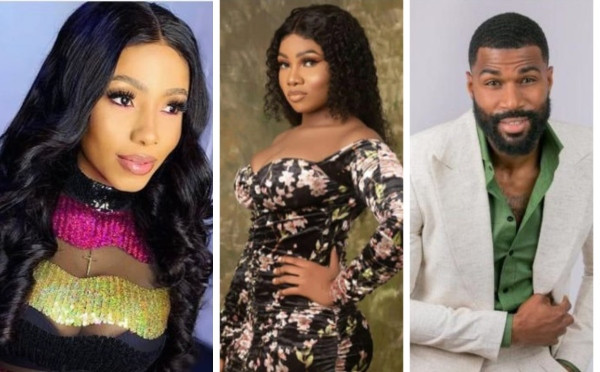 A video which has gone viral on social media, captured moment Mike, Mercy and Omashola engaged in a discussion which centered on Tacha having body odour.

Mike initiated the "body odour" conversation with Khafi who got quite close to Tacha after her love interest in the house, Gedoni got evicted. In their discussion after the Pure Bliss Challenge, Mike told Khafi to tell her friend to top up (apply roll-on) but also insisted that it shouldn't be taken as a big deal.

He said, “Khafi tell your friend (Tacha) to top up ( apply roll-on)
“I said something to her but l don’t think she took my word. If anyone is musky in the house we should tell her. It shouldn’t be a thing.”

stacy oraeki@staceyoraeki
Mike: Tell your friend to top up
Khaffi: Nods*
Mercy: Mike tell em.He told her about her odour but you know hw Tacha is
Omashola: The thing strong o
N/B:Tacha really needs to take care of herself. When I knew she had body odour was when she was wearing 1 sock for 2/3days.#BBNaija