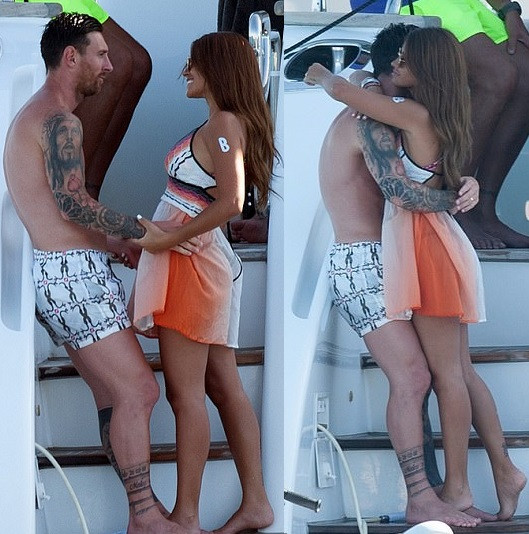 Superstar footballer, Lionel Messi, who is currently enjoying a well deserved holiday in Ibiza with his friends and family, was spotted packing on the PDA with his stunning wife, Antonella Roccuzzo.

The pair were pictured on Monday afternoon embracing each other while cruising the Mediterranean aboard a luxury yacht.
Their appearance comes days after the Barcelona and Argentine striker was attacked over the weekend by a drunken supporter who attempted to 'pick a fight' with him.
Lionel Messi and his childhood sweetheart, Antonella Roccuzzo are parents to three boys, Thiago, Ciro, and Mateo.
See more photos below. 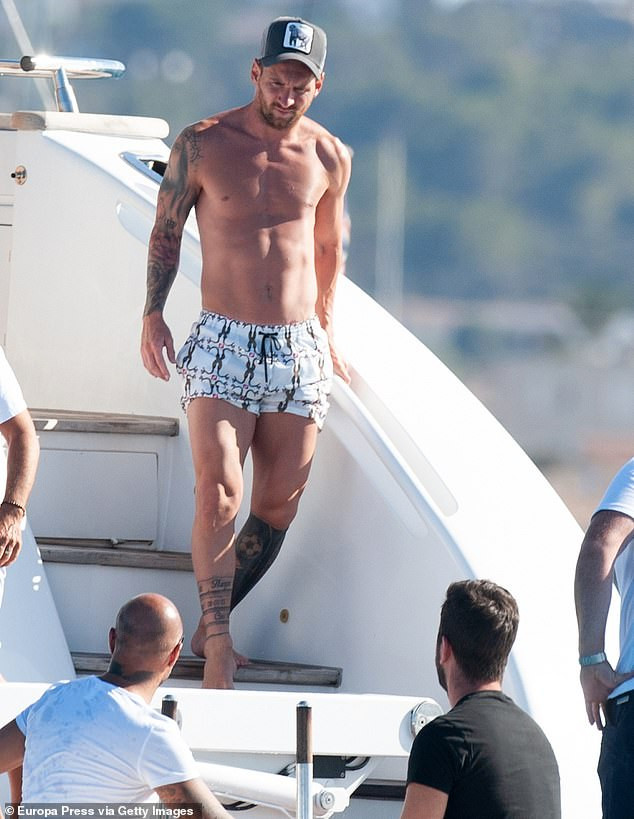 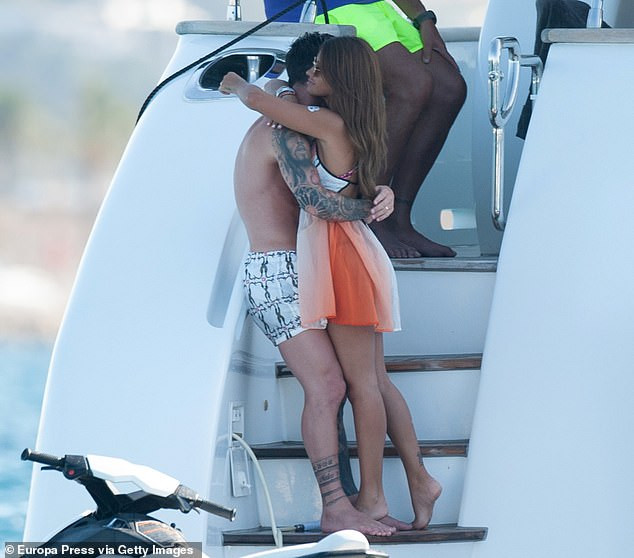 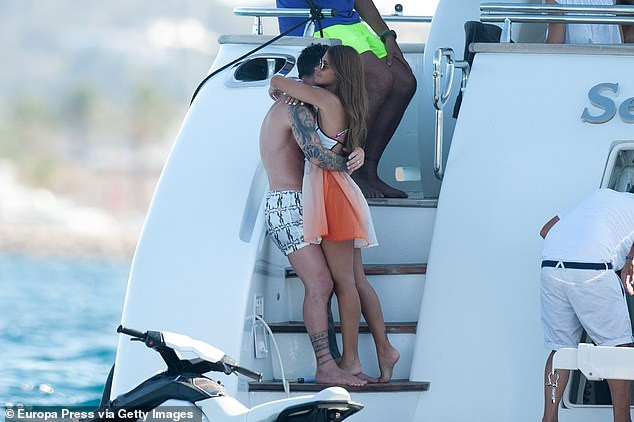 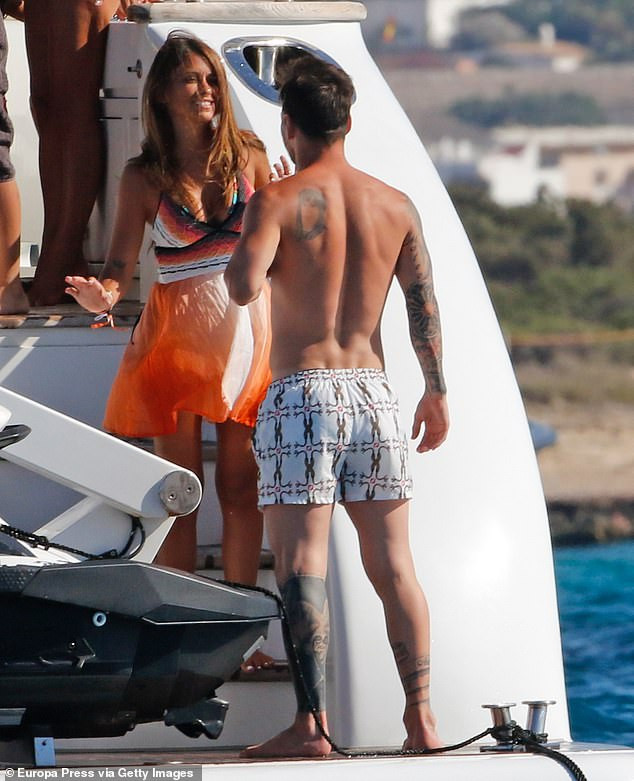 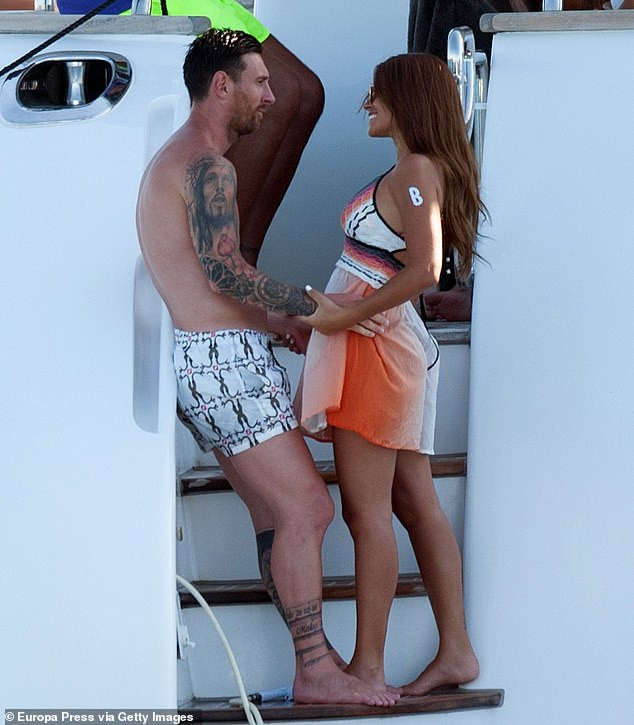 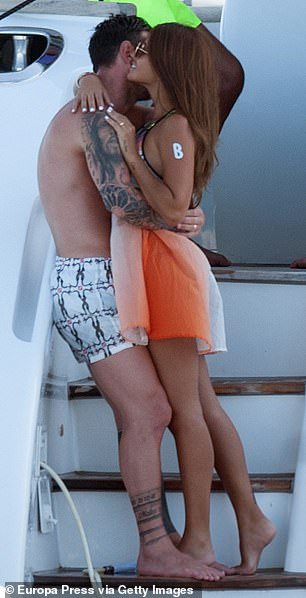 at August 02, 2019
Email ThisBlogThis!Share to TwitterShare to FacebookShare to Pinterest
Labels: Sports