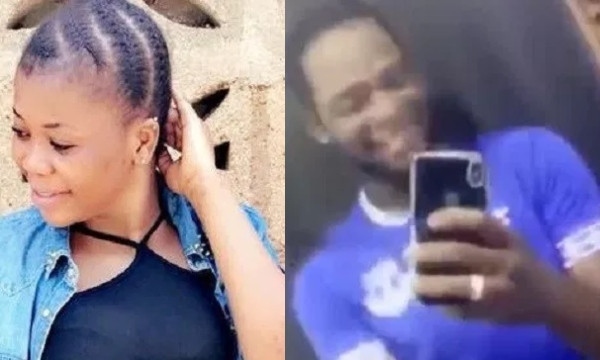 A Ghanaian Slay Queen identified as Kulu seems unfazed with the leak of her sex tape which has gone viral on social media.

The Tamale based lady was spotted in the 31 seconds video engaging in a hot bout of sex with her supposed boyfriend whose name was given as Papii. However defending herself over the viral video, Kulu stated that she is not the first person whose sex tape will be shared online.

“I am braiding my hair…why won’t I braid my hair? Am I the first person to have my video leaked? Keep posting we don’t want stress. We are in 2019. Tomorrow I am going to chill,” Kulu said in the video in response to the leak.

Papii on the other hand said;

” I am not bothered about them. I have not even seen them self. Whatever you are saying is my ass”

View this post on Instagram
Kulu of Tamale vid is out but look unfazed
A post shared by Ghpage TV (@ghpage_tv) on Aug 12, 2019 at 1:37pm PDT

GHPage however reported that the lovebirds are secretly fighting and blaming each other over the leak.
at August 16, 2019
Email ThisBlogThis!Share to TwitterShare to FacebookShare to Pinterest
Labels: Sex videos