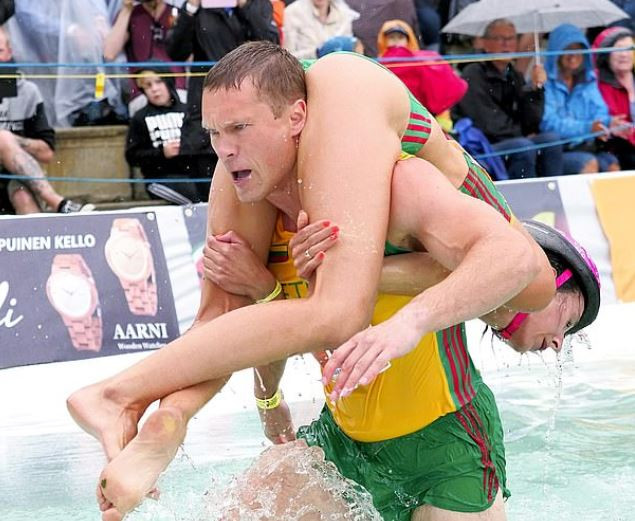 A Lithuanian man and his wife have won the world wife carrying title for a second year in a row.

The competition says that men must leap over timber and wade through waist-high water to carry their wives to become champions and the winner smiles home with 'his wife's weight in beer.

Couples from over a dozen countries, including Australia, France and Germany, took part in the annual race in Sonkajarvi, Finland, 300 miles north of Helsinki, the capital.

The rules stipulate that the woman must be over 17 years of age and weigh at least 108 pounds. Despite the event's name, couples don't have to be married, and organizers say male contestants could 'steal a neighbor's wife' if they don't have a female companion. 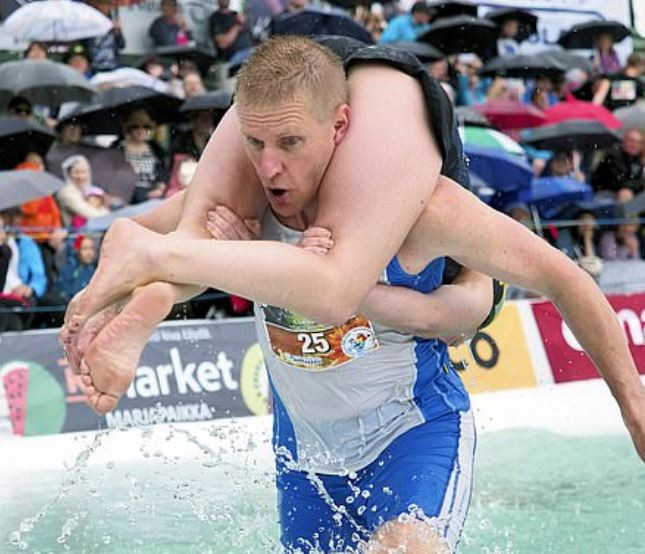 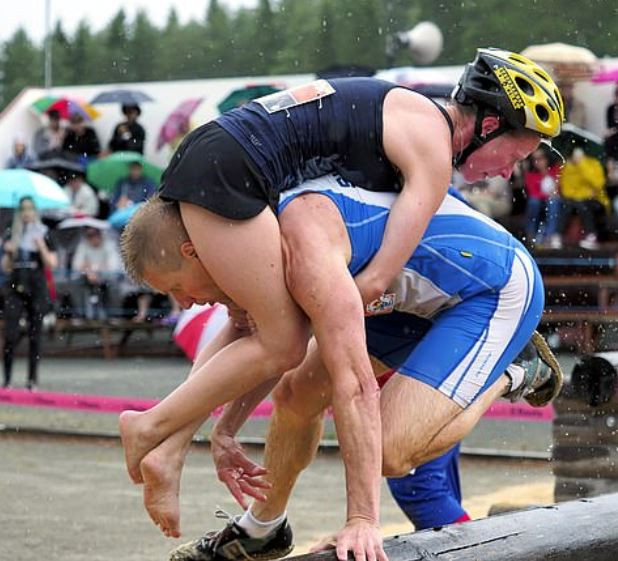 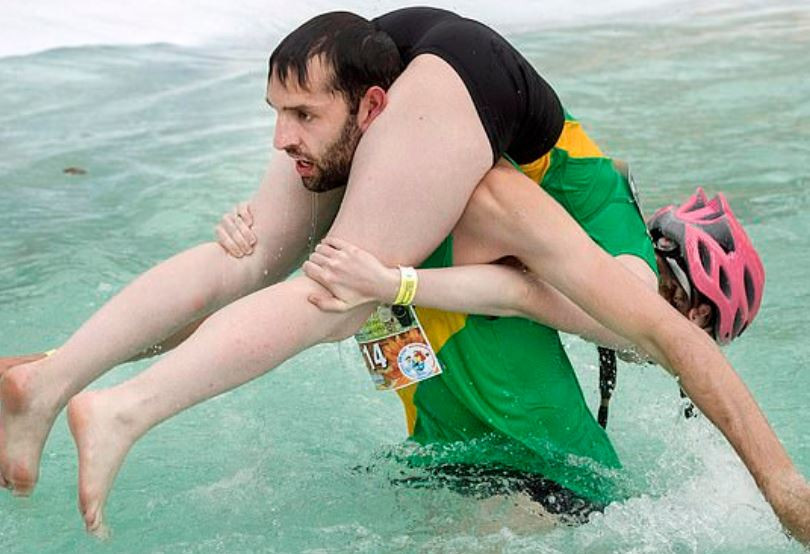 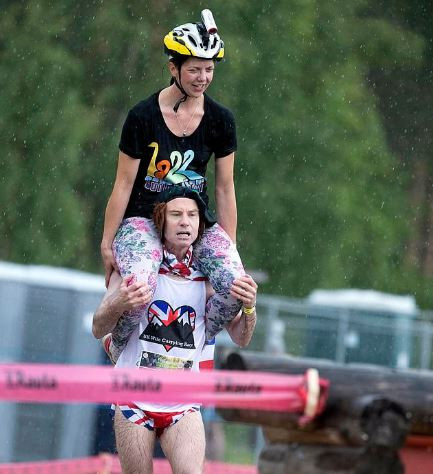 at July 08, 2019
Email ThisBlogThis!Share to TwitterShare to FacebookShare to Pinterest
Labels: Sports