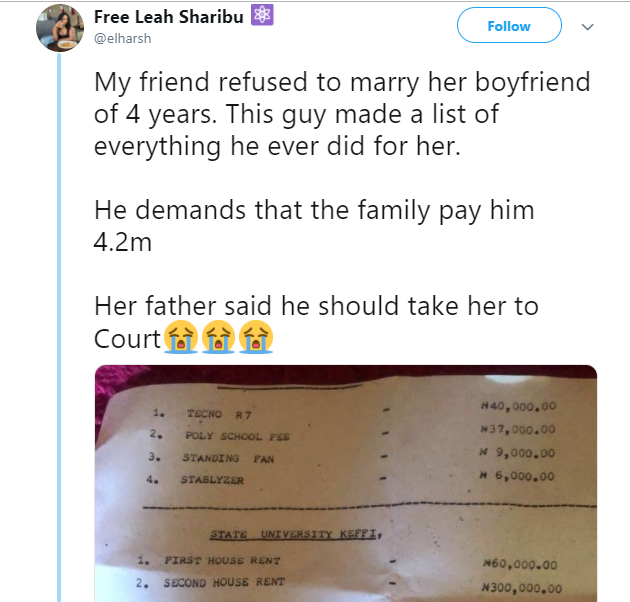 A Nigerian man whose girlfriend of  4-years refused to marry him is reportedly demanding she pay him back all he spent on her during their relationship.

Twitter user, @elharsh, who shared the story on her page also posted the list which she claimed the man allegedly sent to her friend.

In the well detailed list, the man listed all he bought for her and the money he gave to her during thier relationship. The total sum is N4.247,000,00 and he wants all of it back.

According to her, the father of the lady has told him to take her daughter to Court.
See the list below.

at June 27, 2019
Email ThisBlogThis!Share to TwitterShare to FacebookShare to Pinterest