WAEC GCE form is out. Authorities of the West African Examinations Council (WAEC) have announced that registration for the 2019 West African Senior School Certificate Examination (WASSCE) for Private Candidates, First Series (January/February), will commence on October 8, 2018. This page provides everything you need to know to successfully register for the 2019 WAEC GCE. Continue reading below…..

Candidates arc expected to pay a registration fee of Thirteen Thousand, Nine Hundred and Fifty Naira (N13,950) only, at branches of any of the following banks or any accredited agent and obtain the Registration PIN and Information VCD:
In addition, candidates will be required to pay Five Hundred Naira (N500.00) commission to the banks/accredited agents.
After obtaining the Registration PIN, candidates should log on to https://registration.waecdirect.org/for registration.
CANDIDATES WITH SPECIAL NEEDS: Candidates with special needs will also register online like other candidates but they must dearly state their disabilities e.g blind, low vision, spastic, speech, etc.
COMPLETION OF REGISTRATION: Candidates MUST conclude registration within two weeks of first access to the website during the registration period. They should ensure that their names, gender, passport photographs, dates of birth and subjects are correct. They are also to print the Admission Notiec/Photo Card as evidence of successful registration which will serve as identification during the examination. The Result Checker PIN will also be on the Photo Card. Only Digital Personal Scanner should be used for fingerprint registration.
GENERAL INFORMATION Intending candidates for the West African Senior School Certificate Examination (WASSCE) for Private Candidates, 2018 – Second Series are hereby informed that the registration will commence on 8th October, 2018.
The WASSCE for Private Candidates. 2019 – First Series will be an urban based examination. Nineteen (19) subjects will be available for the examination. Intending candidates for the examination are therefore, strongly advised to visit the Council’s corporate website- www.waecnigeria.org- to confirm available examination towns and subjects before obtaining the registration PIN.
Candidates should also note that the 2018 WAEC GCE registrationprocedure has been designed to accommodate biometric features that will be used for validation at the examination centres.

at January 03, 2019 No comments: Links to this post
Email ThisBlogThis!Share to TwitterShare to FacebookShare to Pinterest
Labels: 2019 WAEC GCE REGISTRATION FORM IS OUT 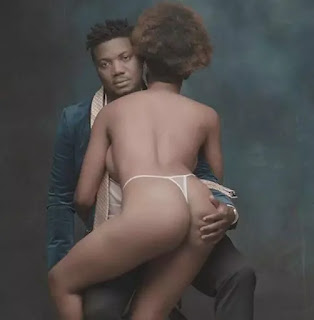 Entertainment [Music] CDQ Ft. Shaydee – Scatter
CDQ teams up with Shaydee on a jam tittled “ Scatter“, We decided drop this one off his album at the last hour of 2018. What a nice way to end the year.
However, due to his soldout concert, we release “Scatter” to you all to vibe to. Guess he really scattered everywhere with his show.
Listen & Download “CDQ Ft. Shaydee – Scatter” below:-